Biology: Common mallow (Malva neglecta), also known as cheese mallow, cheese weed, and dwarf mallow, is a winter annual broadleaf weed, though it can also act as a biennial if environmental conditions that favor growth persist. It is generally found in low-maintenance turfgrass lawns, nursery crops, and landscapes. The ability of common mallow to survive in multiple environmental and soil conditions, such as frigid temperatures and dry, compacted soils, as well as its ability to survive lower mowing heights, make common mallow a common weed throughout the state of Indiana. 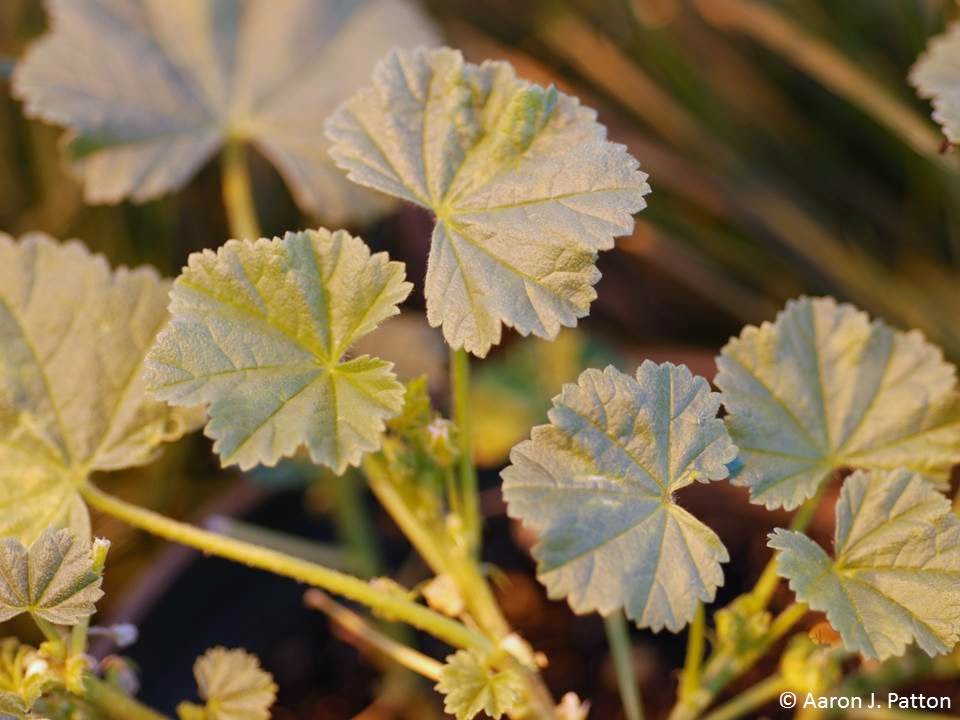 Identification: Common mallow is a broadleaf winter annual weed that has the ability to persist into a biennial or perennial life cycle if environmental conditions are favorable. Common mallow can be found in lawns and landscapes throughout the United States as a low-growing, spreading/prostrate broadleaf weed that will grow more erect in the absence of mowing. It reproduces by seed, which typically germinates from spring to early autumn; however, it is anchored to the ground by a short-to-deep, straight taproot which allows to plant to persist for an extended amount of time. Though it spreads primarily though seed, fragmented stems can also produce adventitious roots when nodes come into contact with the soil and conditions are moist enough. Plants initially develop as a basal rosette, and stems branch-out and elongate along the soil surface as the plant matures. The base of each thickened, hairy stem lies close to the soil surface while the tip (apex) is turned upward. The leaves can range from 0.5 to 1.5 inches in diameter and are located at the apex of thinner stems (petioles) branched alternatively from the main stems. Leaves are palmately veined (similar to fingers branching from the center of your palm), circular- to kidney-shaped, dark green with a ‘crinkled’ appearance, slightly hairy on both the upper and lower surfaces, and sharply toothed in the margins. Flowers are produced in May and can be present throughout the summer and into October. Flowers appear as 5 white, or whitish-lavender colored petals that are often tinged with purple or have purple veins. Flowers then produce a small fruit that can be described as the shape of a button or a wheel of cheese, hence its multiple common names. Each fruit contains 10-12 wedge-shaped seeds that break apart at maturity. Though common mallow seeds have a relatively low germination rate, they can remain viable in the soil for many years (decades). Often the stems will remain green and viable throughout the winter months, allowing the plant regenerate and sprout from the surviving crown the following spring. Common mallow can often be mistaken for ground ivy; however, ground ivy leaves are located opposite each other on the main stem and have rounded edges. Ground ivy also emits a strong mint-like odor when cut or damaged and has square stems commonly found within the mint family but not on common mallow (rounded stems). 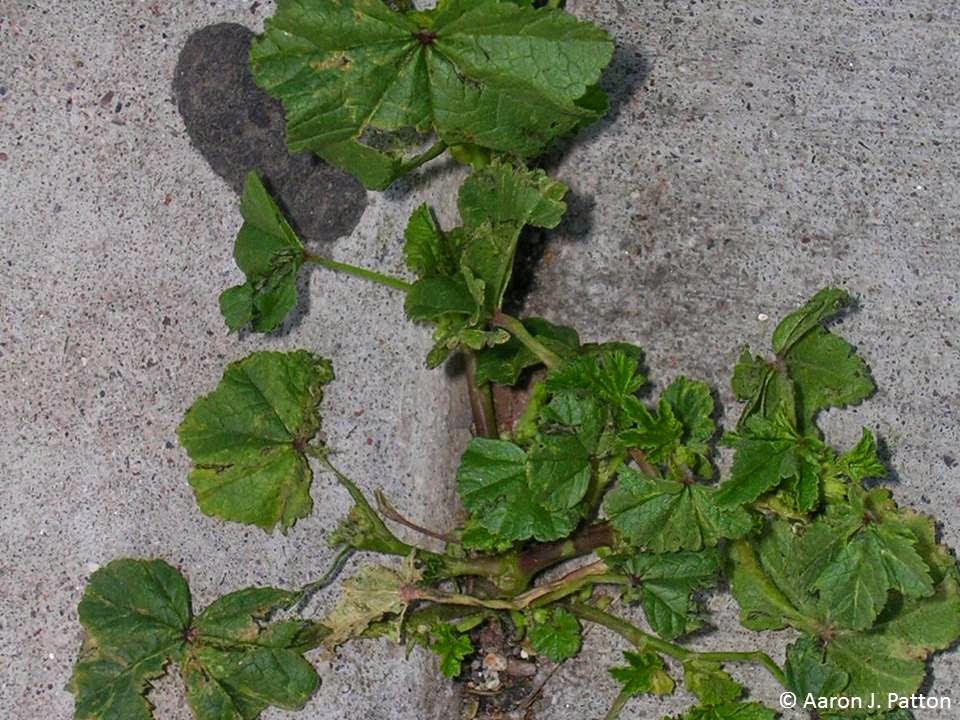 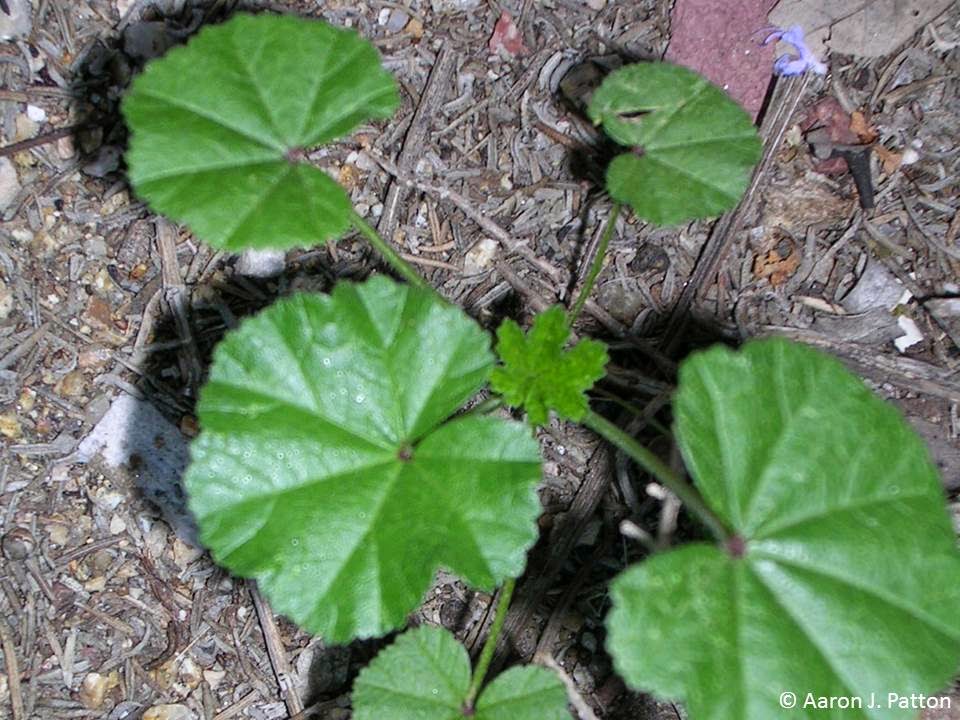 Cultural control: None known specifically for common mallow. Hand pulling or hoeing can be an effective method of physically removing the plant when it is young and the taproot is shorter. Its ability to survive in low maintenance conditions helps common mallow out-compete desirable plants in turf.

Biological control: Some research has been focused on developing a fungus to help control other weedy mallows with a small amount of success; however, there are no commercially available products for the biological control of common mallow. 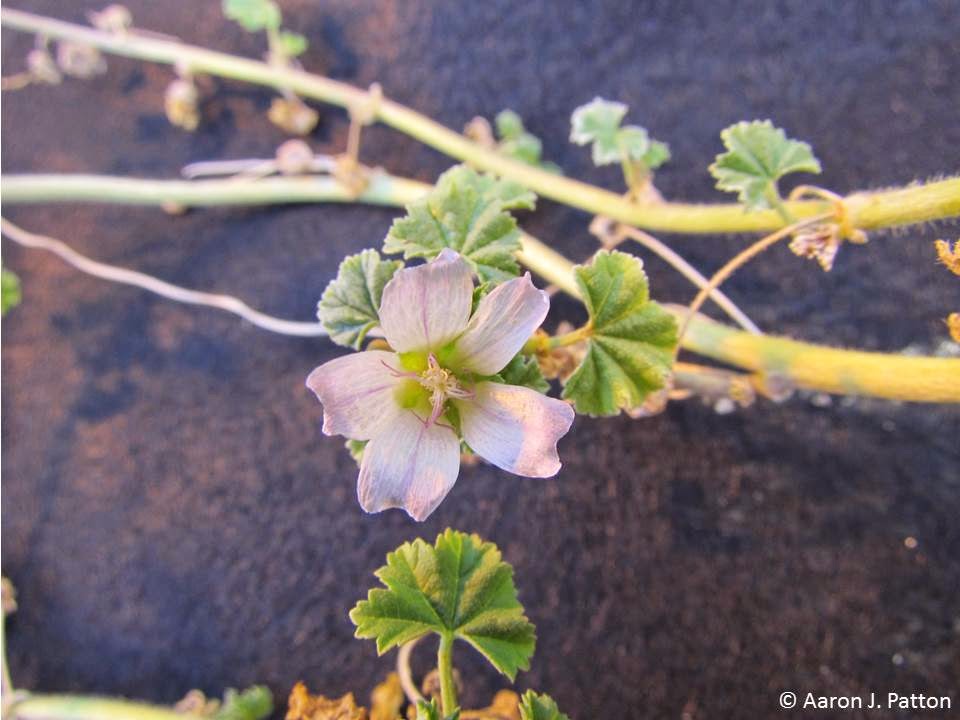 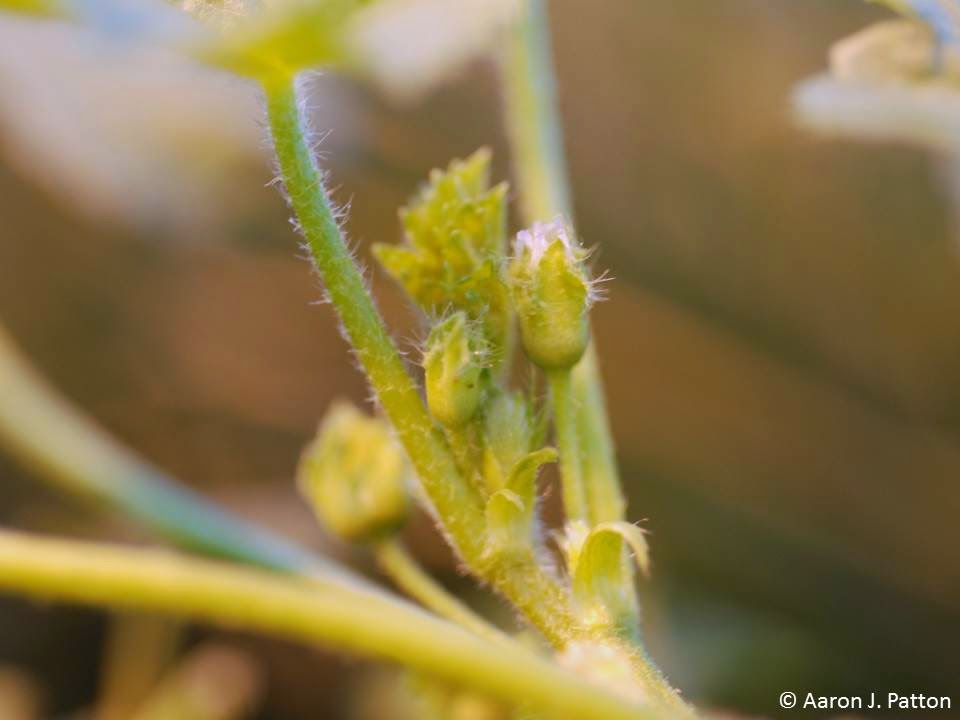 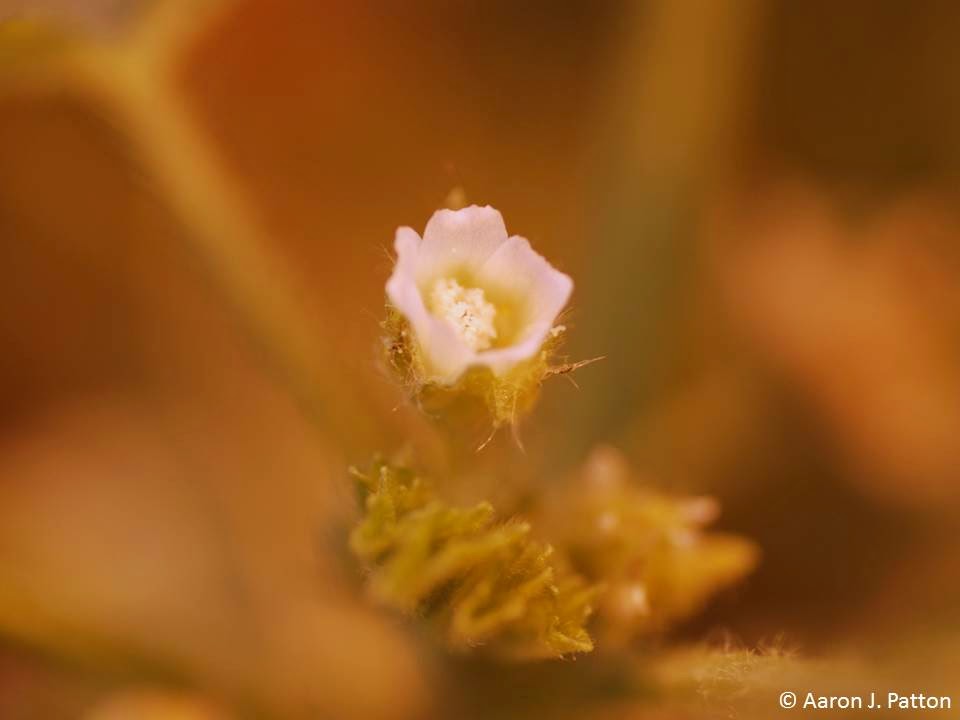 Chemical control: Since it reproduces from seed (generally), it is possible to manage common mallow through the use of preemergence herbicides. The spring and fall applications of preemergence applications, with a split application in the spring, will present good control.  Postemergence herbicides can also be used to control common mallow. Glyphosate, paraquat, glufosinate, diquat, pelargonic acid, and others will provide adequate control. In turf, three way herbicides or products that contain triclopyr, fluroxypyr, and quinclorac as one of the ingredients in a two- or three-combination herbicide will also work. In warm-season turf, metsulfuron (Manor) can control common mallow when applied in combination with a non-ionic surfactant (0.25%).