Biology: Yellow nutsedge (Cyperus esculentus), also known as chufa (chufa is a non-weedy variety that is used for wildlife food plots and is not a cold hardy weed like yellow nutsedge), nutgrass, or watergrass, is a troublesome, difficult-to-control perennial weed found throughout the United States. It is important to understand that yellow nutsedge is not a grass or a broadleaf weed, but a sedge; which is crucial when determining effective control strategies. It establishes by rhizomes, which form tubers (called nutlets) that are capable of surviving in the soil for periods of up to ten years. These nutlets, as well as viable seed, sprout and establish from May until the end of July.  Reproduction by tubers can be very prolific.  A trial in Minnesota found that one nutsedge tuber produced 1,900 shoots and 6,900 tubers within one year (Tumbelson and Kommedahl, 1961)! 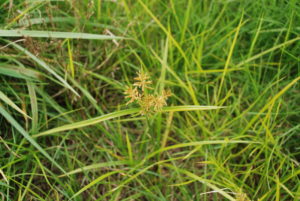 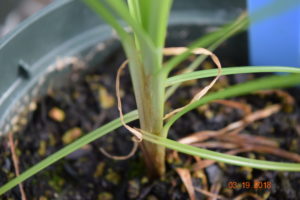 Identification:  Yellow nutsedge can be identified by solid, triangular-shaped stems which are be easily determined by rolling the stem back and forth between fingertips. Yellow nutsedge leaves have a prominent mid-rib and are arranged in threes which also help to distinguish it from grasses. Leaves are a light green to yellowish in color, have a shiny/waxy appearance, and have a long leaf-tip tapered to a sharp point. While many grasses have hairs on the leaf blades, such as crabgrass or bermudagrass, yellow nutsedge leaves and stems are completely smooth, which accentuates the shininess of the leaves. Though it seldom forms in areas of mowed turf, yellow nutsedge produces golden to brown colored seedheads (short spikelets) from July to September. It is often mistaken for purple nutsedge; however, purple nutsedge has dark green leaves that quickly taper to a blunter tip, and produces reddish brown to purple seedheads (spikelets). Additionally, purple nutsedge develops tubers along the entire length of rhizomes where yellow nutsedge only produces tubers at rhizome tips.

Cultural control: The best method of cultural control is prevention by inspecting new soil prior to bringing into the landscape.  For sites that have existing nutsedge, improving drainage and reducing compaction can aide in reducing populations. 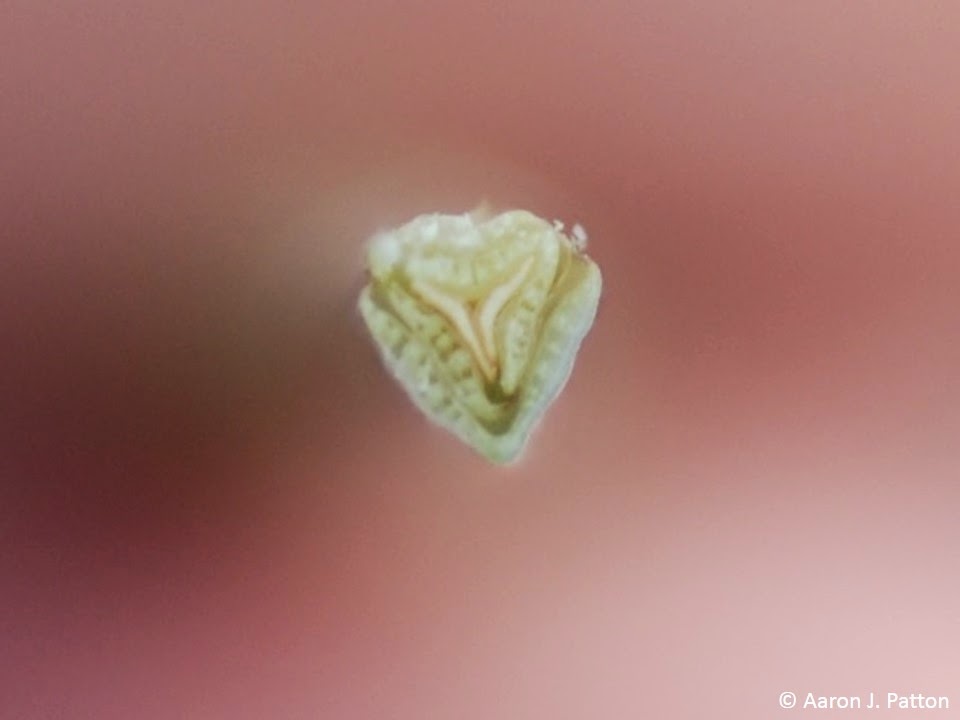 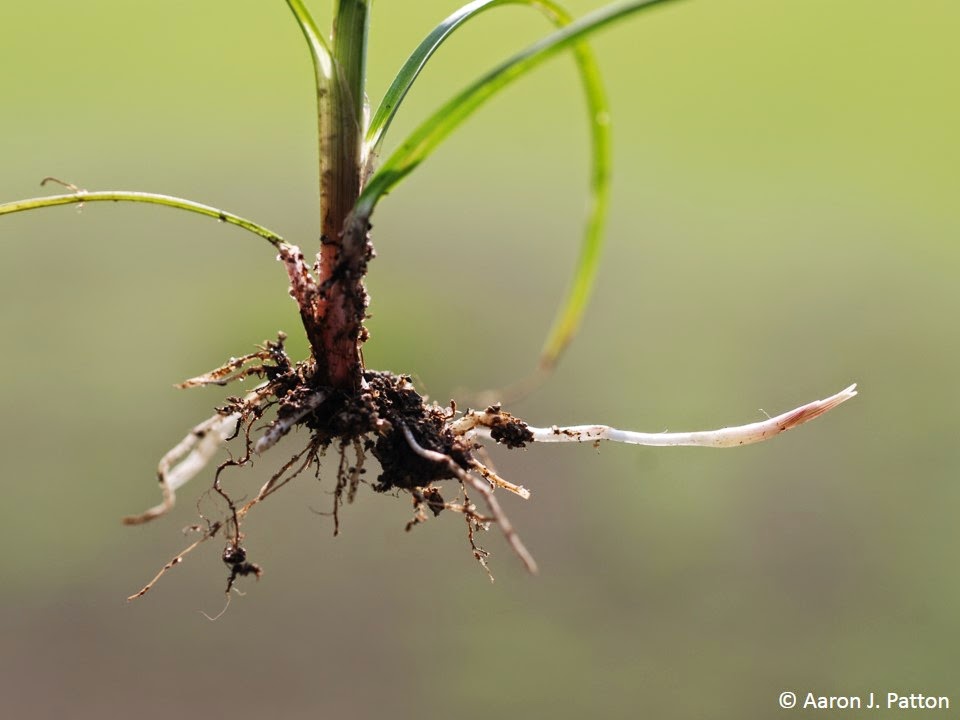 Figure 5. Rhizomes beneath the soil surface of yellow nutsedge. Photo by Aaron Patton. 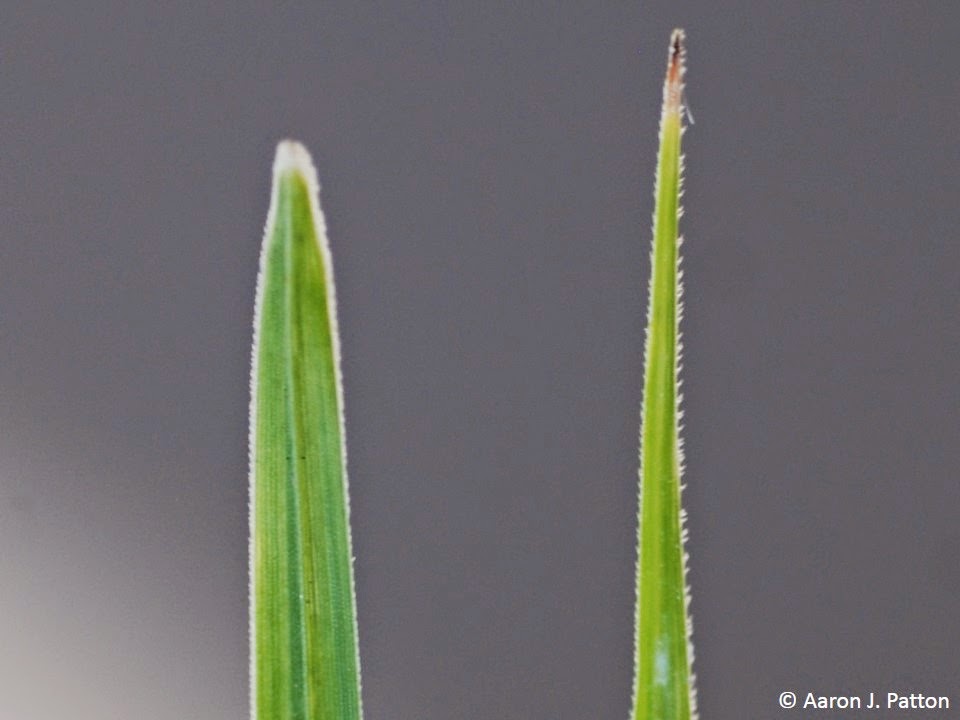 Biological control: None known for specific use in yellow nutsedge.

Chemical control: Yellow nutsedge is a difficult-to-control weed that may require multiple herbicide applications.  The most effective time to kill and prevent tuber production is while plants are small in the late spring and early summer.  The most effective postemergence herbicides on yellow nutsedge include halosulfuron-methyl (Sedgehammer), clopyralid (Lontrel), metsulfuron (Manor, Ally, others), bentazon (Basagran T/O), and sulfentrazone (Dismiss).

Figure 7. The growth habit of yellow nutsedge is a three leaf arrangement. Photo by Aaron Patton.

Reference in this publication to any specific commercial product, process, or service, or the use of any trade, firm, or corporation name is for general informational purposes only and does not constitute an endorsement, recommendation, or certification of any kind by Purdue University. Individuals using such products assume responsibility for their use in accordance with current directions of the manufacturer