Biology: Broadleaf plantain (Plantago major) is a perennial, broadleaf weed that can be found in nutrient-poor soils; however, they prefer nutrient rich-soils that are moist and often high in calcium. Broadleaf plantain is a common weed in turfgrass, nurseries, and landscapes. It germinates from seed in late spring through mid-to-late summer and occasionally in the fall depending on temperature and moisture. It has a low growing rosette habit and tolerates close mowi 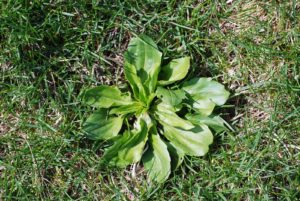 Figure 1. Broadleaf plantain as a rosette.. Photo by Aaron Patton

Identification: Broadleaf plantain is anchored primarily by fibrous roots. Some describe the root system as having a central, short taproot with branched-out fibrous roots but my experience is that large, fibrous roots are common and that taproots (especially large taproots like a dandelion) are very uncommon. Broadleaf plantain grows with a rosette habit with leaves that can grow flat along the turfgrass canopy or more erect and upright depending on cultural control methods. The plant produces leaves that form on long, broad leaf-stems (petioles) that may grow up to six inches long and four inches wide when left unmown or untreated. Young leaves are oval to egg-shaped, generally have 3-5 prominent veins, and are light green in color. As the plant matures, the leaves start to appear darker green, can be smooth or slightly hairy, and abruptly narrowing to the petiole (leaf stalk). Very prominent leaf veins run parallel to the margin and appear to originate from the attachment point at the petiole. Leaf margins are smooth (entire) and appear more crinkled and wavy as the plant matures. Though the leaves can appear waxy and dark- to bluish-green, the petioles often have a reddish color towards their base, or the origin point of the rosette. Broadleaf plantain can produce flowers from June through September on long, leafless flower-stalks that arise from the center of the rosette. Small, whitish petals emerge from the flower-stalk where seeds are produced in an oval-shaped capsule which can contain up to 30 viable seeds. It may often be confused with blackseed plantain (Plantago rugelii) which is similar in appearance. Additionally, it is thought that many plants characterized as broadleaf plantain may in fact be natural crosses between Plantago major and Plantago rugelii. 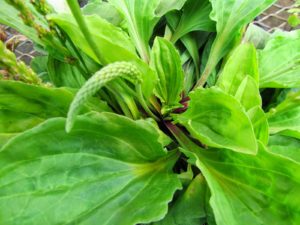 Cultural control: The primary cultural control methods include mulching and cultivation.  Since its primary method of dispersal is through seed, control or removal of the plant prior to seed production could reduce the spread of this weed by depleting the weed seed bank. Broadleaf plantain thrives in compacted soils, moist or dry soils, and shady conditions. Some research suggests as well that this plant prefers high calcium soils, but high calcium soils are a common phenomenon in North American because the soil parent material is limestone. Plants can be removed by hand-weeding if there are only a few on the property. 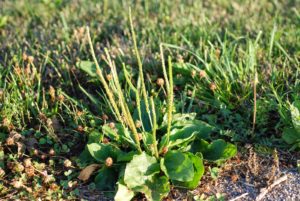 Biological control: None known specifically for broadleaf plantain. Many new organic products contain the active ingredient iron HEDTA (FeHEDTA). Multiple applications of this product are required for control. The efficacy for weed control via biological control is yet to be well documented. 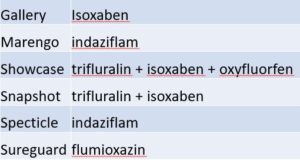