A workhorse of the shade garden, impatiens, also called ‘Busy Lizzies’ delight people by their amazing ability to brighten up shady sites. Downy mildew, caused by the water mold Plasmopara obducens put a damper on things for almost a decade. This downy mildew infects impatiens (Impatiens walleriana), or balsam impatiens (Impatiens basamina). New Guinea impatiens and other bedding plants are not susceptible to this downy mildew (but they may have their own downy mildews). Downy mildew quickly spread across North America, and impatiens were falling down on the job in landscapes. Symptoms begin with discolored leaves coated with white mildew on the underside (Fig. 1) consisting of sporangia (Fig. 2) that spread via wind, rain and wind-driven rain. As the pathogen colonizes the plant, leaves discolor and defoliate, leaving a lot of naked, green stems (Fig. 3). Summer weather that is rainy with cooler temperatures is conducive to impatiens downy mildew developing in the landscape. In Indiana, we often see symptoms develop in July and August, but sometimes, as late as September and October. 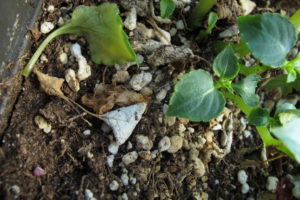 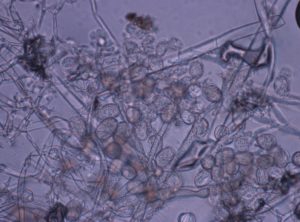 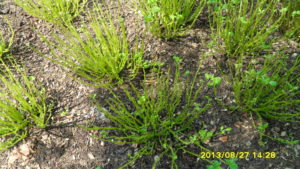 Unfortunately, beds that had infected impatiens were now infested with the overwintering oospore, which starts the infection cycle all over again if impatiens are replanted in the same site in the spring. This overwintering oospore is thick-walled and evolved to persist a very long time in the debris of dead impatiens, and presumably, in the soil. Any impatiens replanted in the same site are likely to be infected during the growing season. 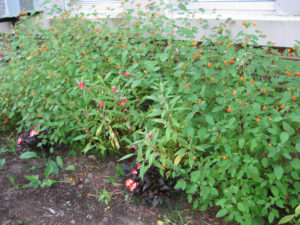 Figure 4. Different impatiens are resistant to the downy mildew pathogen. Note the very susceptible I. walleriana in the foreground, the less susceptible I. balsamina and more resistant ‘Sunpatiens’ and wild touch-me-nots (I. capensis). Photo by Janna Beckerman.

There is good news on the horizon. The ‘Sunpatiens’ (Sakata Seed) have been much more resistant, as are New Guinea impatiens (Fig. 4). There are over 1000 species of impatiens (my favorite is I. zombensis for the name and I. namchabarwensis for an unbelievable blue flower). I have no idea if these have any downy mildew resistance, but I am hopeful that zombensis may reanimate). Beacon (PanAmerican Seed) series impatiens and Imara XDR (Syngenta Flowers) have better resistance to many races of downy mildew. Resistant does not mean immune! If overfertilized or provided too little light, plants can become infected. Also, resistance may not extend to everywhere: Certain sites happen to be infected with races of downy mildew that can still infect these resistant varieties. However, when planted and combined with protective applications of fungicide, growers can once again enjoy the prolific flowers that impatiens provide.

The key to successfully managing these or any impatiens, is to maintain a protective program of fungicides, and recognize that fungicides do not ‘cure’ plants. Apply products with differing modes of action in rotation (or as a tank-mix, when indicated). Table 1 was developed to help you with your selection. This is important in preventing resistance to any one fungicide by the downy mildew pathogen. And, applying fungicides are important to preserve the genetic resistance of these new impatiens varieties by not allowing pathogen numbers to get so high that one sporangium ‘gets lucky’ and is able to infect the plant. Be sure to read the label: Some fungicides perform better as drenches whereas others perform better when applied to foliage. Important Note: There are fewer downy mildew fungicides registered for landscape use compared to production. Make sure the fungicide you choose is appropriate for the type of application you are making and where this application will occur! This table relied upon work that was performed across the US to identify which fungicides performed well against this and other downy mildews. You can review this research here: http://ir4.rutgers.edu/Ornamental/SummaryReports/DownyMildewDataSummary2017.pdf 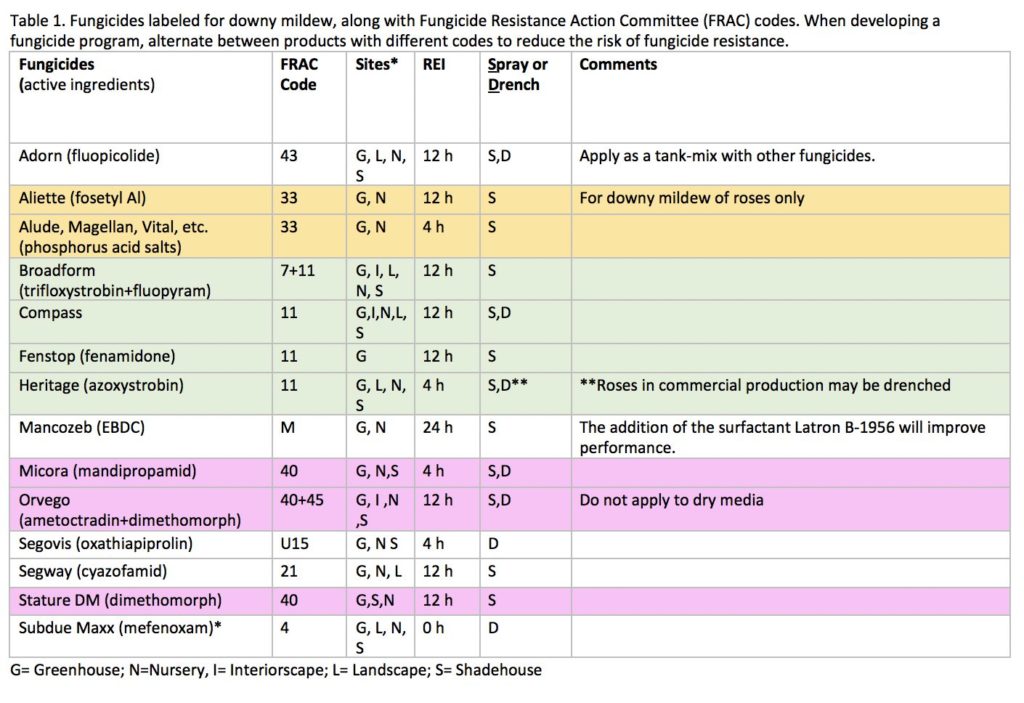