It seems like yesterday that we were worried if Mother Nature’s faucet would ever stop (some of you still have that thought in some parts of the state).  Now, in many parts of the state, soil moisture is all but gone after a few heat waves passed through the Midwest, with many plants that are without irrigation are starting to show severe drought symptoms.  Some areas have been lucky enough to receive timely rains over the last month, but a few miles down the road may not have received a drop.  Too much and too little has seemingly become the norm around the Midwest over the last few years.  These extremes are placing many plants under stress that make them more susceptible to insect and disease problems. 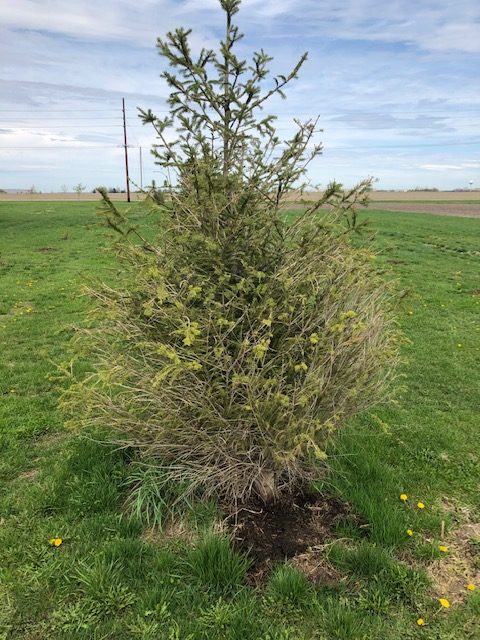 Figure 1. Transplant shock on spruce due to excess soil moisture.

It was predicted several years ago that the Midwest will experience more rainfall throughout the year, but there will be fewer rain events.  This means that heavy downpours and flooding are expected, while during the same year droughts could be experienced.  So far, through the end of July, this is true throughout every corner of Indiana (Fig.2). This yearly scenario lays out potential challenges for many of our ornamental plants.  You can find more information about the changes that are expected for the Midwest, which was developed by a large group of scientists here: https://nca2014.globalchange.gov/report/regions/midwest#intro-section-2 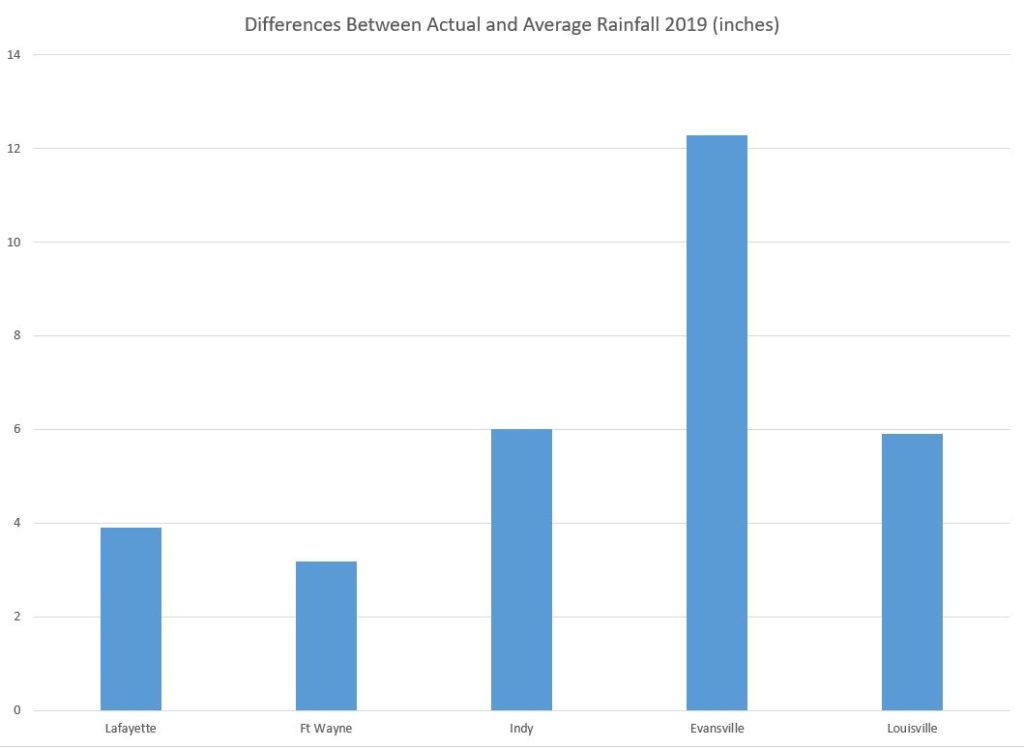 Figure 2. Precipitation from multiple locations is above normal in all locations.

For the last several years, the normal is now ‘abnormal’.  Depending on the part of the state you are located, rainfall has either been above normal or extremely above normal.  Five locations throughout the state were charted, as seen in the figures below.

With these changes that are occurring, what does this mean for selecting ornamental species going forward?  What about for established plants in the landscape?  These changes will require a proactive instead of a reactive mindset.  Have plans in place that include landscape irrigation, drain tile to move water out of a landscape bed, grading work to move water away from landscape plants, amending soil to increase drainage, selecting plant species that can tolerate more stress, mulching at least three inches to conserve soil moisture, consider installation of rain gardens, and addressing any other site specific issue.  Educating your clients of the importance in being proactive to mitigate the changing climate should be considered.  When working grade and tile around mature trees, care must be taken to cause no, to very little, disturbance of the existing root system.

One group of ornamentals that can potentially succumb to the precipitation extremes in the Midwest are most of the evergreen species.  White pine decline has been a common term for many years, but many of the evergreen species are experiencing decline other than the white pine.  The combination of heavy clay soils and high summer temperatures cause extreme stress on these species.  Most evergreens can’t tolerate too much or too little soil moisture, thus stress symptoms are often observed.  Usually by the time symptoms appear on evergreen species, it’s very difficult to reverse the issue due to the ability to hold needles for long periods of time.  Some species are well known to decline due to lack of excess soil moisture, also called ‘wet feet’, such as arborvitae.  This species is very popular to homeowners due to the relative cheap price and fast growth rate, but will typically struggle in most years.  Each year that above average rain occurs, more and more arborvitaes are showing decline symptoms.

As the Green Industry faces numerous challenging issues, such as lack of skilled labor, rising insurance premiums, new OSHA standards, increasing wages, and many others, weather is another key factor that should be considered going forward.  A discussion with clients on proactively installing measures to limit moisture stress should be considered to develop a plan of action to prevent issues related to moisture stress.

There have been numerous articles and publications from our Purdue Green Industry Team discussing decline of various evergreen tree species (see below for links).

Why is My Tree Dying? 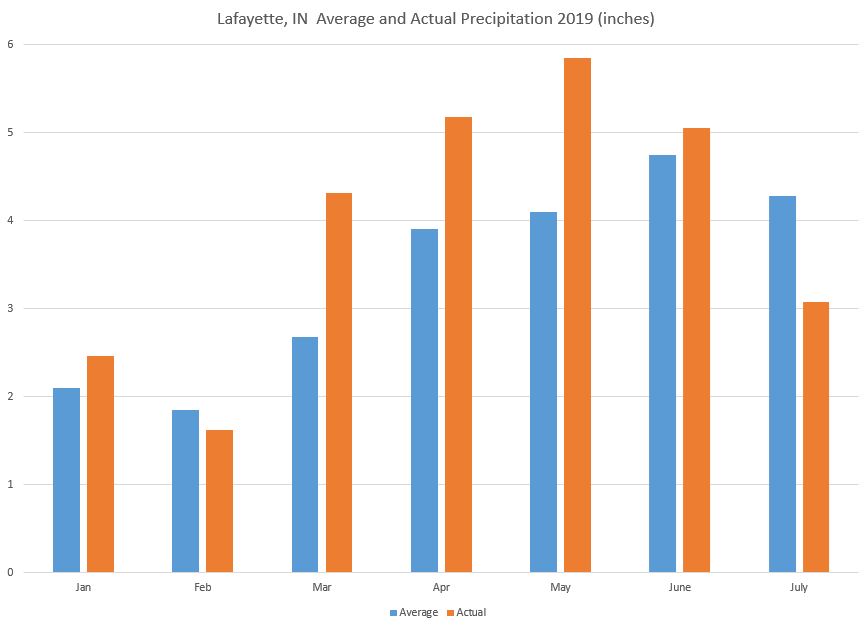 Figure 3. Lafayette, IN average vs. actual precipitation in 2019. 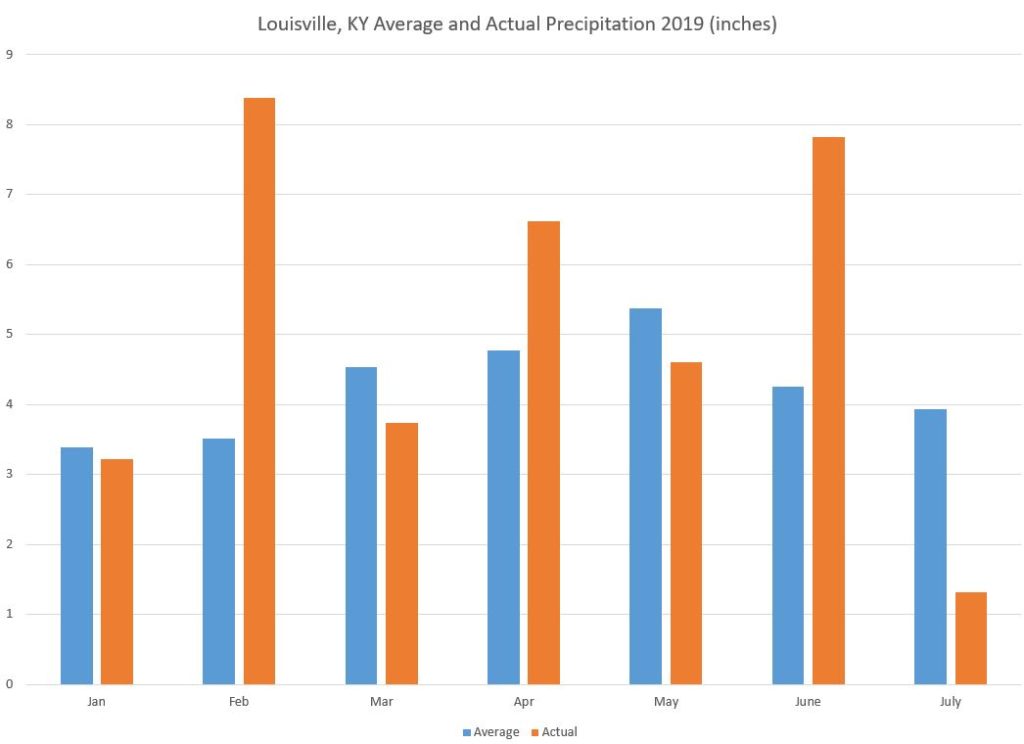 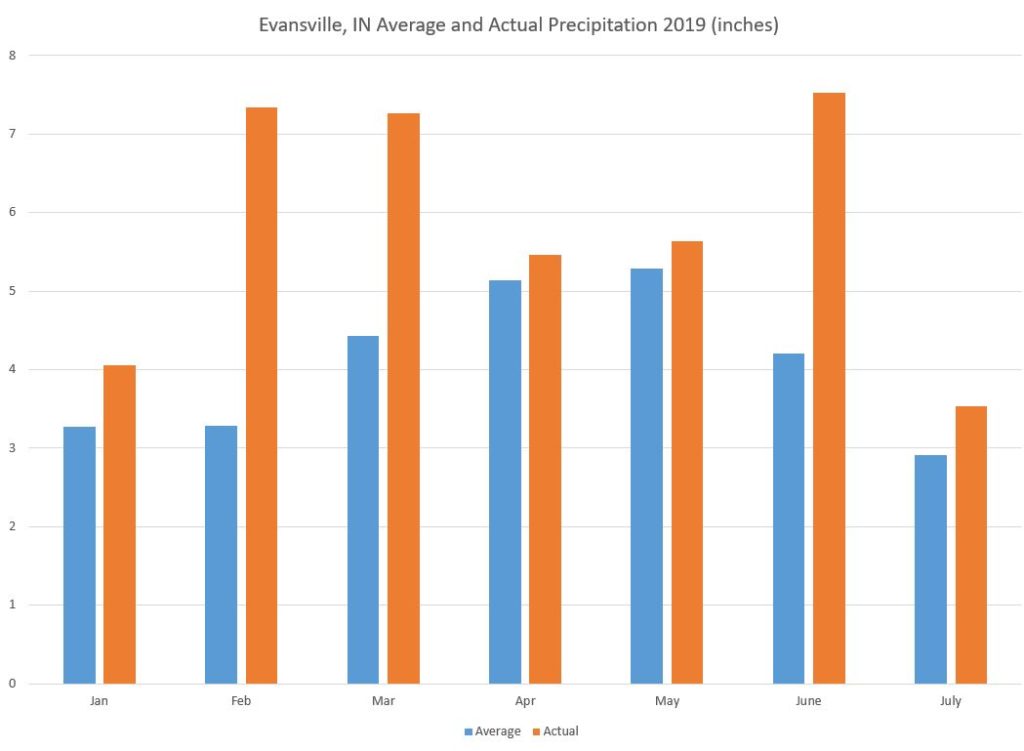 Evansville, IN average vs. actual precipitation in 2019. 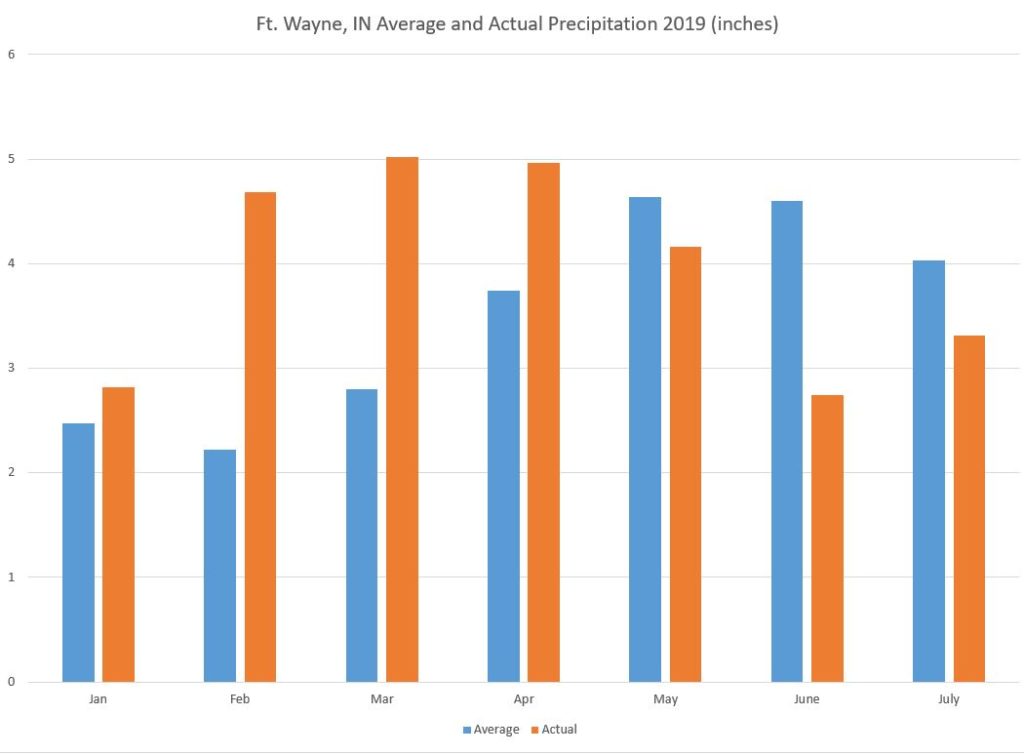 Figure 6. Fort Wayne, IN average vs. actual precipitation in 2019. 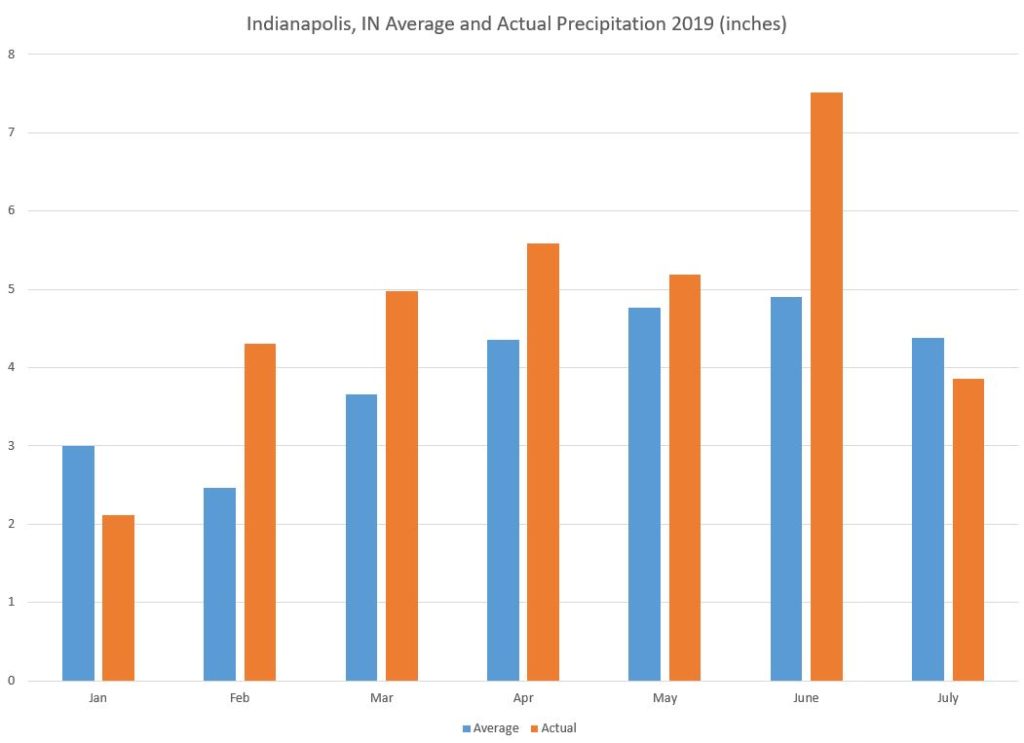 Figure 7. Indianapolis, IN average vs. actual precipitation in 2019.